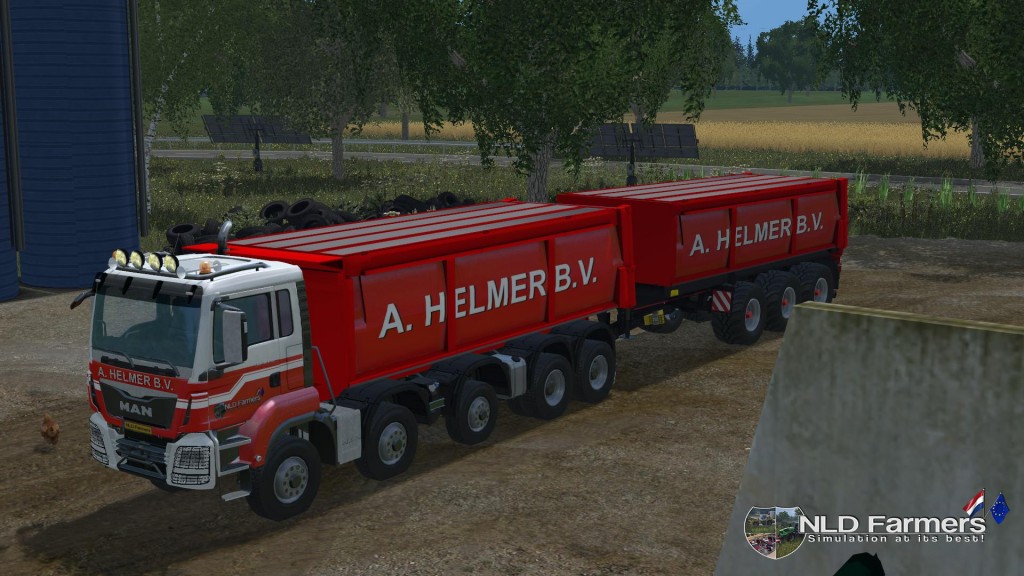 MAN TGS 10x8 Kipper Truck
The MAN TGS is a multiaxial kipper, the 10x8 is a real jack of all trades who also in the zand can do its work!
This MAN TGS is provided with sterrable and liftable mid-axis that can be lifted in the terrain.
The two rear drive axles are a widespread configuration build with hydraulic suspension.
Thanks to these suspension the MAN can be completely leveled before you tip. This increases the stability and security while tipping.
The MAN truck not only provides a stable but also a highly manoeuvrable vehicle.

The truck has a sterrable and liftable mid-axis.
And you can take a seat as a passenger and drive along.