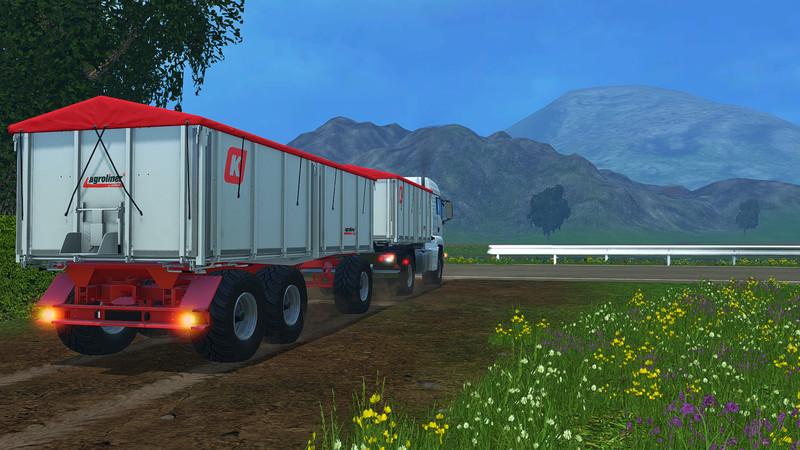 The hazard warning lights Extension is another global script that the principle of brake lights and daytime running extension follows expansion.

version 1.1
For vehicles that have no Rückfahrton that reverseDrivingBeep is played from the game directory now.
Since the script is still seen on the direction of movement of the wheels, whether a vehicle is reversing, it happens that hazard lights and Rückfahrton even when braking light briefly, or are heard.

Unlike my DRL extension time I have written the script from scratch.
The idea I had, since I already some Mods - have seen, who in addition to the reversing light activates the hazard warning lights when reversing - mainly trucks. The same now does this script on all vehicles and their attached implements and trailers.
As soon as the wheels rotate in reverse, all known to the model flasher to be visible. The whole thing only works when the engine is running. Only the helper contrives so evenly about to reverse, that the hazard warning lights do not come on.
Since it may happen when braking the wheels briefly turn backward, the turn signals are partially shorted to see also there. But that is so far not even really bad, because they are indeed from dangers such as a decelerating vehicle warn. The same also applies if the vehicle rolls downhill backwards because for example., The slope is too steep.
The principle is: If the reversing light is on, and the hazard warning lights can be seen.
The only exception to this is vehicles such as the Ponsse Bufallo or the CLAAS Xerion from smety.j that utilize the reverse driving Specialisation. Since I have found no other way to query whether a vehicle is reversing, as the wheel movement.
I tested the script with and without Drive Control, with the helper and FollowMe in Single Player. Course Play and Multiplayer should also work.
I hope that some may use the script from you and have fun with it!